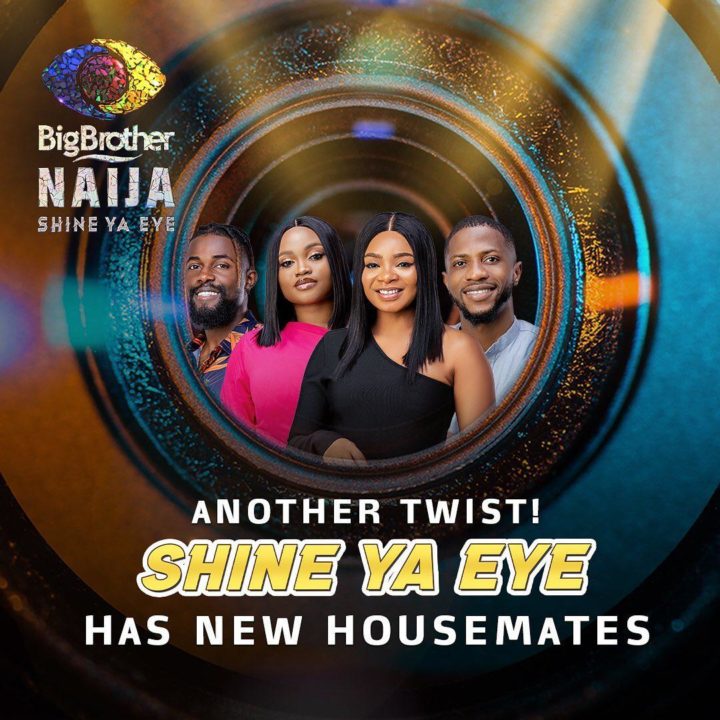 The ongoing season 6 of the popular BBNaija show has hit another twist with the introduction of four new housemates, Michael, Kayvee, JMK, and Queen.

The housemates were really shocked when the first new housemate, Michael was introduced and it showed on their faces and how they welcomed him. However, they’ve all gotten to know each other and we can’t wait to see how the show moves on with the introduction of new housemates.

MEET THE NEW HOUSEMATES BELOW:

Michael says he is a rapper and artist, and also has no plan going into the house. He however promises a boatload of entertainment when he gets in. He does not like people who pretend and says three things you will not find him fighting over are food, women, and chores.

A self-confessed bad boy, Kayvee is BBNaija Season 6’s 24th housemate. He is a 26-year old photographer from Ogba who promises to bring positive vibes and entertainment to the house.

Jumoke or JMK as she prefers to be called in a 23-year old Lawyer and Food Blogger. She promises to do “everything they didn’t do in the house”. JMK also loves to dance and shake something and hopes the housemates are not rigid.

Queen, 26 is a philanthropist and activist. She promises to bring drama to the house, confirming that “e go choke”. Queen believes clothes are overrated and loves to show off her sweet body.